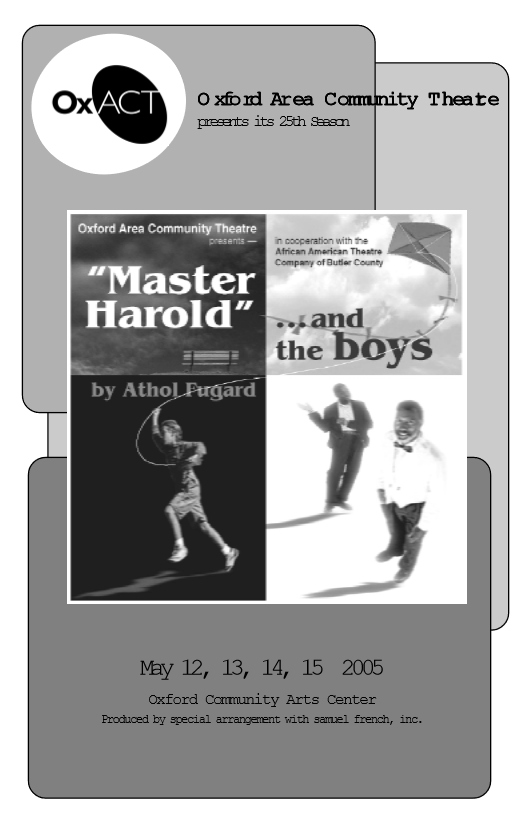 Set in apartheid South Africa in 1950, Master Harold…and the Boys is a coming of age drama that explores the relationship between a young white man, Hally, and his two middle-aged servants. These servants, Sam and Willie, are actually the closest thing to family that Hally has. Hally’s father is an alcoholic, disabled man who has been an embarrassment to Hally and his mother for years. When Hally learns that his father will finally be returning home from the hospital, he is devastated and upset. When Sam and Willie try to comfort him, Hally unleashes his anger on them instead of his father. Hally now becomes Master Harold, a racist young man who looks down on his two friends whom he views as inferior to himself. Both men are hurt, yet Sam tries to reconcile himself to the boy he has helped raise. But can the divides of deep-seated racism ever really be healed?

Past Shows by Genre